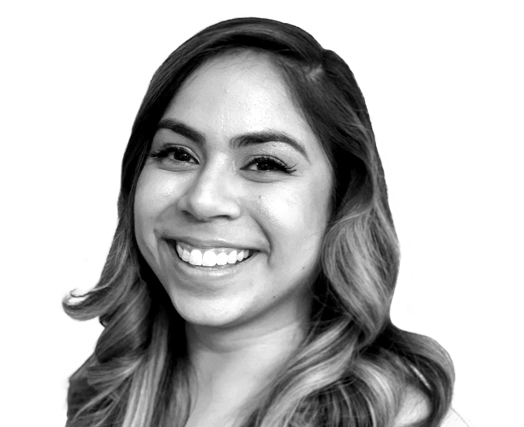 Yesenia Chavez is a Manager at Purple Strategies where she develops strategic campaigns to build and protect clients’ reputation. Most recently, she led issue campaigns at the American Civil Liberties Union. Having worked in federal advocacy for eight years, she has a track record in building effective coalitions and implementing successful insider and outsider strategies. Yesenia also held policy roles at ACLU, the National Latina Institute for Reproductive Justice, and on Capitol Hill. Yesenia was deemed the Washington Blade’s Best Hill Staffer twice, one of D.C.’s 40 Under 40: Queer Women of Washington by the Mayor’s Office of LGBTQ Affairs, and is a New Leaders Council fellowship alumna. She serves on the Advisory Committee of the Mayor’s Office of LGBTQ Affairs and on the board of Q Street, an association for LGBTQ lobbyists and advocate. She received a B.A. in Political Science and Liberal Studies at the University of Houston.

“Humility is a rare, and much-needed character trait in this town. To carry oneself with humility is to treat everyone, from the janitor to the President, with the same level of respect.”

“The ability to build, manage, and nurture relationships is critical in my role. The amount of influence we can have on a client is only as strong as our relationship with them.”

“My experience in politics and campaigns influenced my work at Purple by training me to think strategically through all sides of an issue before taking action, and to always prepare for any challenges thrown in our direction by conducting an internal audit of the campaign strategy using scenario planning.”