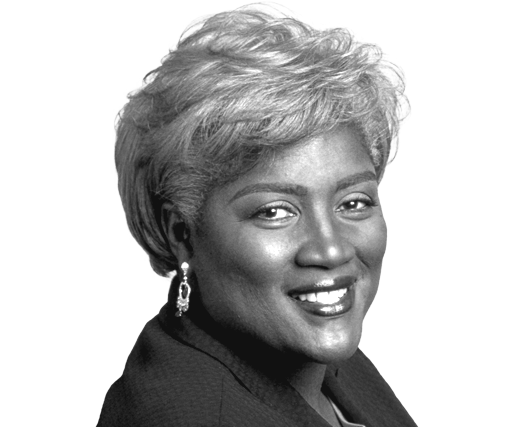 Donna Brazile is a veteran political strategist, New York Times bestselling author, chair of the J. William Fulbright Foreign Scholarship Board, and sought-after Emmy- and Peabody-award-winning media contributor to such outlets as ABC News, USA Today and TheGrio. She previously served as interim Chair of the Democratic National Committee and of the DNC’s Voting Rights Institute. Donna was the first Black American to serve as the manager of a major-party presidential campaign, running the campaign of Vice President Al Gore in 2000. She serves as an adjunct professor in the Women and Gender Studies Department at Georgetown University and served as the King Endowed Chair in Public Policy at Howard University and as a fellow at the Institute of Politics at Harvard Kennedy School. She has lectured at nearly 250 colleges and universities on diversity, equity and inclusion; women in leadership; and restoring civility in American politics.