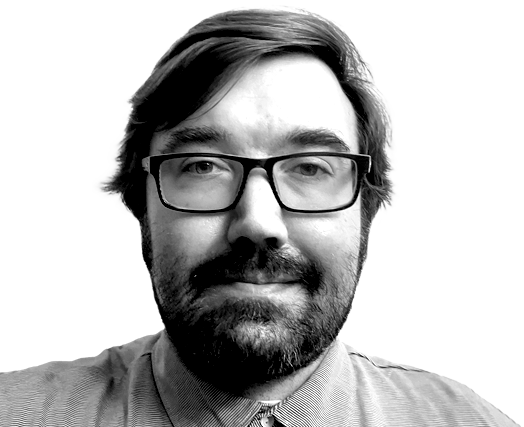 John joins Purple as an Associate with a diverse background in digital production and entertainment. He was the online producer for The Rotten Tomatoes Show where he crafted and ran the digital production side of the weekly show. His previous roles also included editing BizBash Masterplanner’s New York calendar; Haddad Media and Fu Associates, LTD. A Washington, D.C. native he has a B.A. in Journalism from New York University.

“When I started a new role and was told myself and the other new hire would team up to definitively map how multiple users accessed and used an industry-standard site for the first time. We had a 12 month deadline and it felt like every other month we had to scrap everything because it contradicted what we learned. Finally with three months to go we learned the lifecycle of the website through multiple users to the point we were able to talk with subject-matter experts and they were shocked we knew the intricacies through trial and error alone without years of experience. It involved learning new tools, researching constantly and learning the policy equivalent of “pulling the power cord and plugging it back in to reset” to document it but we did and the project was finished a week early.”

“One of the big things that drew me to Purple was the ability to work within unique teams that could give me different experiences while relying on my own strengths and finding ways to incorporate those with others’ experiences to create something truly unique.”

“It involved getting coffee. I was a production assistant working on a talk show’s New York holiday special and, as the local hire, I was tasked with finding everything that the talent needed as quickly as possible. I just came back from a run with a coffee order. One of the hosts, who wasn’t scheduled to be there yet, arrived without letting our crew know. While handing out the drinks to the other talent I quietly asked someone what kind of coffee she wanted. The reply was simple: “Well, hon, I don’t know. You have to ask her yourself.” So, I walked up, introduced myself and explained I just got back from a run but didn’t get an order from her and I could easily go get whatever she wanted. “Well, whatever’s easiest before I go on set.” The lesson I learned was it’s easier to ask someone– no matter who they are–what they want.”